Kate Mulgrew with the captivating voice of '40s film star Patricia Neil - if not Neil's sheer seductive beauty - the smoldering power of Avery Brooks and the pitch perfect Dwight Shultz and Colm Meaney, the vivid and dependable Robert Picardo.

The franchise also kept a host of able character actors, such as Vaughn Armstrong, employed. In the end, though, this series, more than even Enterprise, proved that the franchise is spent. Time for something new to serve the need for hope and awe among people who fail to find it in conventional tales and tired spiritual institutions. Again, Jammer, my heartfelt thanks. I feel that Voyager's grand finale was a terrible missed opportunity. In the end, I felt cheated, even on the less-than-great terms the series had established up to this point.

I would expound on all of that, but I just simply don't have the energy. Voyager had a great premise, the potential of which was abandoned almost immediately by the writers and showrunners, probably out of fear of alienating the Trek demographic. It's swan song felt shallow and abrupt and deeply insincere, to an extent that I feel is completely unforgivable.

Nevertheless, I must admit that Voyager's best episodes, relatively few and far between though they may be, were truly excellent. Aside from that, the nicest thing I can say about Voyager is that it had, in my opinion, far and away the best opening credits sequence and main musical theme of any Star Trek series. Relatively faint praise, but it's the best I can do. I'm going to start re-watching DS9 now. After DS9, perhaps I will watch all of the feature films in sequence I look forward to reading all of your DS9 reviews.

This was like having a pound of bacon at a sitting. 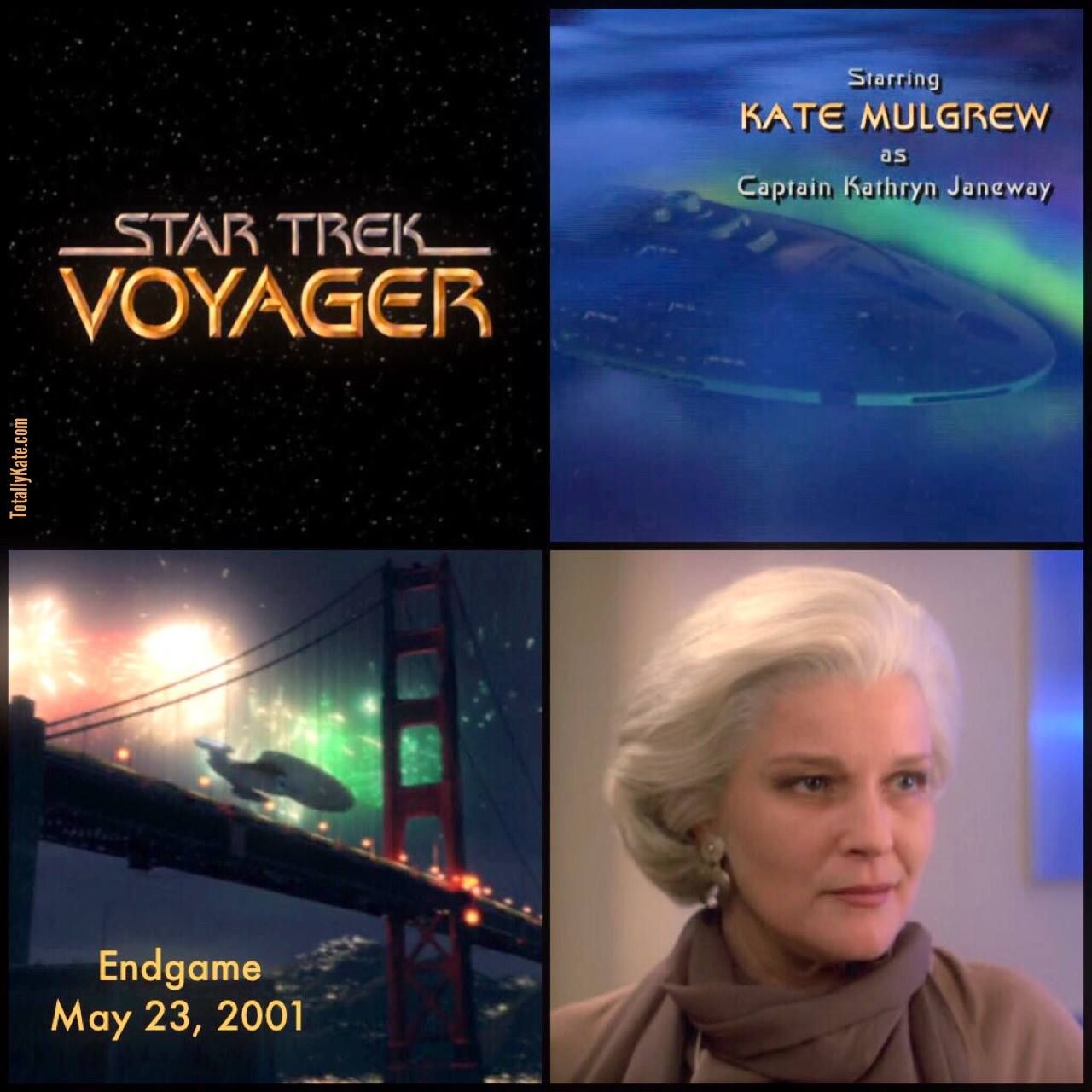 Tastes good and satisfying in the short term but when you think about it you realize that it's not very nutritious. But I would have liked to have seen a scene like this: Captain Janeway: "Why now? Why not earlier? I needn't have had to lose so many.

I couldn't exactly run simulations, could I Kathryn? That idea is repugnant to me Admiral. Should I have done it differently? Mined the array and hopped it was destroyed before the Kazon took advantage? This was the best way I could come up with to try to undue the consequences of that decision. The best way to try and save this family.

Yea probably but it would have gotten a little more into the motivation of the Admiral. Also it would have been interesting to see some of the survivors blame her for the deaths of those that didn't make it. Also it would have been nice to see Icheb for a few secs as well as Naomi. Especially since we see an adult version of both in Shattered. I think Voyager punted on a lot of situations like this that could have added to the series. The "best chance of success" could have revolved around Voyager's encounter of the transwarp hub which Janeway presumably determined was a hub sometime after the events in this episode originally unfolded.

It's pretty clear that Adm. Janeway doesn't think the Klingon device will work for a return trip she says as much to Harry so she needed a way to get Voyager home. I suppose Adm. Janeway could have returned to the events leading up the Maquis ship being sent to the Delta Quadrant and prevented that. But the "best chance of success" thing might come into play again.


Holy crap, the production value! Don't get me wrong, the other woman was great and even kind of looked like her, but Alice just has this She's smooth and soft-spoken but the slow and deliberate way she carries herself and the way she uses her facial expressions makes her feel very intimidating, despite the tragic neutering that the Borg suffered at the hands of the Voyager writers.

I know a lot of people griped about Janeway not having any, but it was there and it was fairly subtle, blended so well that it was hard to pick out. Her neck looked aged, with more loose skin and some wrinkles, and her face looked a bit more sunken and tired. She did look older, at least to me.

Finally, an appearance to match her voice. In any case, Doc did make a comment about her having aged exceptionally well and I have seen older women that look that good so it's not implausible, especially that far in the future. But overall, all of the age makeup was pretty well done. It's one of the hardest things to do because the person has to look natural and still like themselves, and it's VERY easy to screw up.

There was one shot of "Captain" Harry from the back over his shoulder where the line was a little too obvious but that's nitpicking. It's pretty much all been said and said well in the review and by the other commenters, so there's no need for me to just reiterate the same sentiments of disappointment and frustration.

I would like to put forth a way it could have ended that really wouldn't have taken much more time and would have felt SOOOOOO much more satisfying. Last scene: We see the reunion again, just like from the beginning, but everyone is there this time. Maybe by then they've found a way to get to the Delta quadrant and back faster. So, everyone is talking and sharing bits of dialogue about how things played out once they got back. It wouldn't have to be much, just enough to answer some questions that the show just left hanging.

So then someone asks about Chakotay and Seven and about that time, they walk in.

Seven is implant-less and natural, and maybe they have a kid of their own. Janeway looks emotional and proud. They join the conversation and after talking about where they've all gone in life from the time they got back, make a final toast, "To the journey! Do that for a few seconds or however long it takes for the spectacle then fade to black as the music resolves with a sense of wonderment and satisfaction.

End scene and leave me smiling, despite the shortcomings! Actually, As already mentioned before,a real shock ending would be for admiral Janeway to go back to the Caretaker and prevent the entire series from happening That would be the reset of ALL resets I was entertained, but not satisfied.

As many have pointed out, there was no emotional impact to the return home. I find Voyager more enjoyable than DS9 overall because I like its variety and optimism, but DS9's finale and its heartfelt farewells had me in tears. I care more about Voyager's characters, but the abrupt - "oh we did it" credits roll - ending didn't give me time to be emotional. Heck, Admiral Paris and Tom didn't even interact while he was on the view screen and Paris was sitting right there! As a result, I remained unaffected as well when I'd expected to have my heart filled to bursting with the joy of their homecoming.

After seven years, that's it? So anticlimactic. I know I like this series more than most who post here strangely. For me, this finale is not a "fitting end" for characters I've come to care about. It's a very disappointing one. Oh well.

At least it didn't pull a Quantum Leap and have them never get home. I've never been so angered by a finale as I was at that one. I enjoyed it immensely when it aired but over the ensuing decade and a few years I've come to realize what a cop-out it is. It was lazy plotting, period. And Chakotey and Seven? It should have been Seven and Kim. Seven wouldn't need the "big strong man" stereotype to make her feel secure, and Kim is a scientist, just like she is. I loved all the anamolies and time travel.