Thanksgiving, traditionally a holiday commemorating the struggle of our Pilgrim forefathers to create this nation and settle its land, is no longer treated by many as a day of thanksgiving for our triumph in that struggle. Increasingly it has become an occasion for fuzzy multicultural hobnobbing between Americans of European descent and Indians. The establishment has subsumed the entire White and Indian conflict into a paean to diversity and a guilt trip for the White American.

It is a clear sign that we have forgotten our heritage when we permit one of our most important holidays to become deformed in pursuit of political correctness. The establishment has dictated that most Americans know at least something of the battle at Wounded Knee, a firefight that erupted during negotiations between the U. Cavalry and an Indian band in the Dakotas, leaving dozens of Indians dead, including women and children.

But nowadays, few Americans are even aware of the Ft. Mims Massacre[1] in which Whites, mostly women and children, died at the hands of marauding Indians. Books, movies, and television often portray our American heroes of the Indian Wars as savage war criminals and depict the Indians as morally superior, peace-loving people brutalized by unspeakably-evil Whites.

Fort Mims: the worst massacre in American history There is much to honor in the character of the American Indian: their understanding of Nature and their indomitable. It is only right that Indian children should learn pride in the heritage and "FT. I honor the Indians for Creek Indian War, Most brutal massacre in American history. But does not the same hold true for young European- Americans? Should our children not learn and understand what their own forefathers achieved? European Americans brought Christianity to these shores and fought for principles that have made us the freest nation on Earth.

Our people introduced medicine and law and great architecture and prosperity and security. They brought Western Classical civilization to this continent - its philosophies, histories, poetry, plays and music to this land. It was our scientists, inventors and craftsmen who gave us the technology that ultimately accomplished mans most dramatic achievement, reaching the moon. Our great-grandfathers and greatgrandmothers went through untold sacrifices and hardships to build this nation.

The telling of their story is our proud American mythos, and at the heart of it is the frontier.

We are all taught that it was honorable for the Indians to defend their land and heritage from the massive immigration of those who would change it. But, strangely, that same media teaches us that it is immoral for us to defend our land and heritage today. Most Americans are descendants of the men and women who settled that frontier, from the backwoods of Maine to the white beaches of west Florida, to the bayous of south Louisiana, to the bluegrass of Kentucky, and ultimately to the rocky coast of California and the mountains of Alaska.

If our children lose sight of where they came from and where they are headed in the new American reality, they will discover themselves strangers in the nation their forefathers built.


And we, in our own small ways, were fighters as they were. We welcomed the prospect of hurricanes, fires and catastrophes of all sorts; not from any nihilism or bitterness, but because we wanted excitement, adventure. It was our desire to face a great test. We wanted to have the opportunity to be heroic. My friends and I chose sides, as if preparing for a baseball or football game, and became instant, temporary enemies in the game of war. We would form armies on each side of the train tracks or a large drainage work called People's Canal. From our respective sides we would lob the heavy artillery - granite railroad rocks - at the opposing forces.

We loved combat movies and stories of soldiering and guns. We loved pictures of fighter planes, submarines and battleships - and built models of British spitfires and German Messerschmitts as well as aircraft carriers and Bs. We also loved fireworks and we frequently experimented with different formulas of gunpowder and made crude homemade rockets that seldom worked as we hoped.

Coming Soon to a Shelf Near You

One of my friends blew off three fingers of his left hand making a homemade device. We were spirited and we were proud. We knew what honor meant, and we held on to ours tenaciously. Inspired by our myths, we were often wild and fearless. We read stories about American fighting men who were captured by the enemy and then tortured to make them talk.

If the same thing were to happen to us one day, we knew we would never talk. Name, rank and serial number - nothing more.

Bilara - cute teen girl in love with her dog

The young men of Gentilly Woods wanted the opportunity to be heroic. We longed to face a great test. We wanted to take risks, to make sacrifices for a righteous cause, to be courageous as our heroes had been. Sometimes we took our bravado and lust for adventure too far. My best friend, Richard Smith, and I once played chicken on our bicycles. We solemnly shook hands, then retreated to the dead end of Mirabeau Street and readied our bikes. We faced one another, with grim looks on our faces, then gave one another a wave of the hand and took off, pumping our pedals with all the strength we could muster.

We rode our machines as fast as we could toward each other, looking fierce as we could. Either of us could have steered his bicycle off the pavement and into the safety of a. I still recall the fleeting images of flashing spokes and the glint of a handlebar; the last-second look of astonishment in Richard's eyes. And then, flying over the handlebars and rolling on gray asphalt. 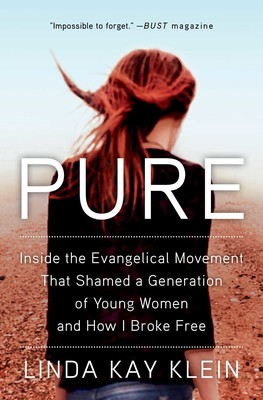 The street bit into my skinny shoulders and scraped my arms along with every knuckle of my backbone. Limping home from such adventures, sometimes bloodied and with my clothes torn but my honor preserved, I had been for a short few minutes a knight jousting much as I had seen in the movies. I was a character out of the novels of Sir Walter Scott - the conquering hero returning home to a warm hearth and loving kin, who ministered his wounds. Often I returned home from such adventures to find that my dear mother was unable to mend my clothes or clean my wounds.

She couldn't ease my troubles, for she had already, with alcohol, anesthetized her own. Mason, David P. Mobile, Alabama: Greenbeery. Halbert, H. The Creek War of and Originally published in Birmingham: University of Alabama Press. There he was to meet my mother's sister and her husband, Mildred and Wally Hatcher, who were scheduled to arrive on a United Airlines flight from Los Angeles. The flight was late. He inquired at the ticket counter and was told that there was some sort of problem.

The ticket personnel would say no more. Father paced the corridors of the airport, and finally, after waiting for hours with the other anxious relatives of the plane's passengers, he went out to his car and switched on the radio. A news flash reported that my aunt and uncle's plane had collided with another passenger plane over the Grand Canyon in the worst civilian air disaster in history. The tragedy ultimately changed Mother and the rest of my family in profound ways.

Her father, Thomas Crick, an inventor, turned stove manufacturer, had built one of the largest companies in the Kansas City area. Mother always seemed a little frail and thin after a youthful bout with scarlet fever.

During her illness Mother's sisters, Mildred and Madeline, stayed with her, caring for her, wiping away the fevered sweat, and saying prayers by the bed. As Mother recovered, the two girls played hands of cards with her, and invariably Mother almost always won.


It was a skill that remained with her until she had a stroke three years before her death. After her death in , I found one of Mother's high-school yearbooks. Her classmates had filled it with beautifully written original poems and erudite inscriptions. They were all in a crisp, fine penmanship. I compared her yearbook to one of my own yearbooks and wondered about the socalled progress education has made in this century. I also found a photograph of the young Maxine Crick.

She was uncharacteristically serious-looking, almost studious, with her hair flowing in a golden wave around a perfect face and her large eyes looking deep blue even in the black-and-white snapshot. She was already tall enough, at five-foot-ten, that she seemed almost too thin. But the photographer had captured on film something about her that matched a description of her I had found in the yearbook: She was indeed "angelic. In a young man who was working his way through college with a job at Central Drugstore took Maxine Crick an interest in Alice Maxine Crick.

She, in turn, admired the aproned young man who filled prescriptions, cleaned the floors and made sodas. When he donned his Army Reserve officer's uniform, he looked the part of a man moving up in the world. The young mans name was David Hedger Duke. My father's mother, Florence Hedger, who had been a chemistry professor at Kansas University and co-author of textbooks in that discipline long before the days of women's liberation had died when my father was His father grew up on a farm eight miles straight west of the University of Kansas in Lawrence.

There he met and romanced Professor Hedger, whom he married in Ernest M.


Duke had left college his senior year to support his father's family as well as his own new family. He worked for the U. Postal Service. My father held jobs consistently from grade school onward to help support his family. Because the Duke house was small, Father had to sleep beneath layers of quilts on an unheated back porch. Winter mornings in Kansas City can. Every morning he would rise at 4 a.

Father worked his way through junior college and college at KU, always carrying a full-time job. He and Maxine married after his graduation in Afterward, he went to work for Shell Oil as a petroleum engineer. He was on active duty during the Second World War from until and then went on inactive duty as a full colonel.

He remained in active reserves through the '60s. Although years and miles had separate seemed letters filled with pictures of their husbands and children were always in our mailbox. Father would always protest Mother's long telephone conversations and would scold her about the bill.